Shineforce is one of the few home automation systems which uses purely standard technologies from industrial automation, computing and networking. This choice ensures top reliability at competitive price. Furthermore all the hardware components are available for decades worldwide.
Hereafter the fundamental technological choices we made for Shineforce regarding the three key elements of home automation: intelligence, interfaces and communication. 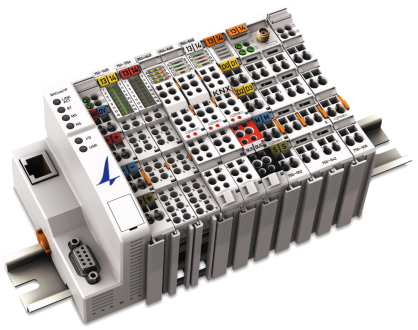 Shineforce’s intelligence is based on a Programmable Logic Controller  (PLC) typically used in industrial automation
First PLCs comes from 70s and main applications were about control of productive processes. It is the brain of every industrial machine and therefore it must be reliable, precise and high performing.

The idea of use PLCs even in home and building automation leads to these fundamental benefits: 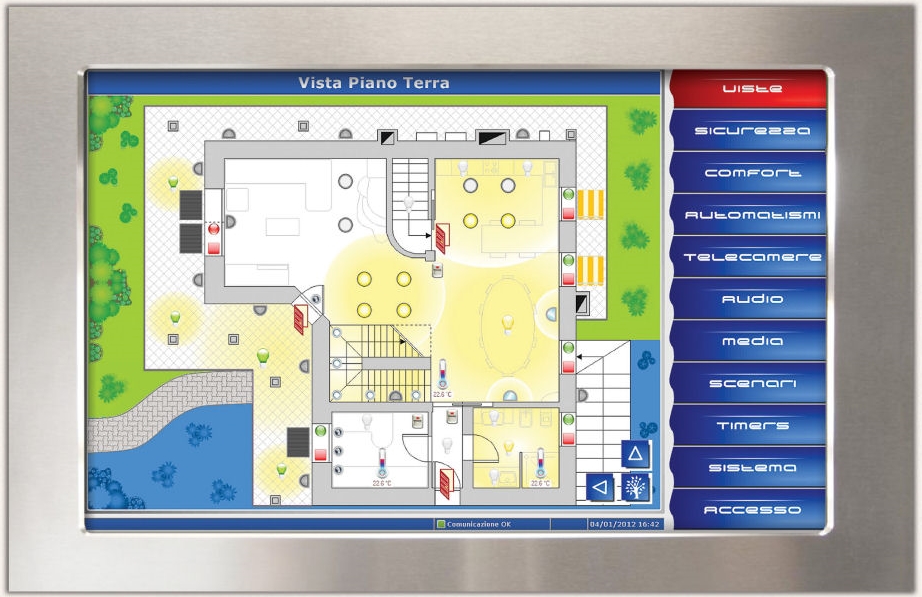 Shineforce user interfaces adopt devices with very common operating systems (Windows™, iOS™, Android™). In this way the portability of user interface software is guaranteed in almost all the hardware available on the market. Furthermore it’s possible to take advantage from all O.S. upgrades and their improvements. This wouldn’t be possible using interfaces with proprietary operating system!
In conjunction of fine refined in-wall touchscreen – that are always active and ready to use – it’s possible to use Shineforce by smartphones, tablets, smart TVs and, obviously, personal computers.

The following advantages come from these choices:

– ease and openness in the use of well known devices
– very high availability on the market at competitive prices
– multi-purpose devices can be used not only for home automation
– state-of-the-art, upgradable, high performing interfaces

The main communication channel Shineforce uses is based on Ethernet protocol. This is the most common in computing and networking !

Performances and bandwidth of ethernet are extremely high. Over this media we can transfer all kind of data moving from home automation to audio and multimedia while using the same physical channel.

Shineforce‘s intelligence, as it lies in an industrial PLC,  is provided with native ethernet communication port and this makes it open to any other third-party device and system (for example the ones used for air conditioning or audio/video multimedia).
The undeniable advantages from this important feature are: